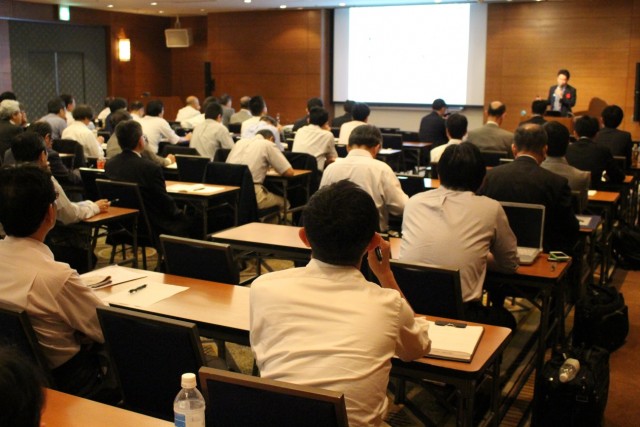 The number of attendees at seminars in which we presented our survey results was one measure of success. Another aim was to secure media exposure, along with endorsements from third-party influencers.

We presented our findings at a major forum, attended by crisis management representatives from firms that took part in our survey.

Although Japan’s PR firms have a long history of consulting on crisis management, Japanese industry continues to be plagued by scandals impacting employees and the general public. These incidents are repetitive in nature, and traverse sectors, ranging from food contamination to the falsification of earthquake-resistance data by construction firms.

The program was focused on Japan, targeting nearly 3,000 domestic and international companies based in Japan, of which 13.1% responded to the crisis communications capability survey.

We decided to conduct our own survey­­ to demonstrate the crisis management capabilities of firms in Japan, as well as to discern appropriate countermeasures and create a framework to address these issues.

Our goal at the outset was to diagnose the crisis communications capabilities of individual companies and persuade senior corporate managers to invest more in crisis management by showing them the survey results.

To convey the importance of crisis communications capabilities, we planned to hold seminars to share the survey results. The number of PR/crisis communications managers who attended these seminars was one measure of the project’s success, along with the exposure generated in target media (PR trade media).

We sought to communicate the fact that crisis management is an important corporate management activity, and that corporations should invest more in this area.

The simple diagnostic kit we developed from survey data enables firms to identify their own failings in crisis-management. We were able to share the results of our survey and diagnostic kit with participants and a wide number of people through the media. We conducted educational initiatives about our project including seminars and lectures aimed at companies, academic societies, and government bodies. We also launched a campaign offering assessment of companies’ risk-management capabilities free of charge. We were able to obtain the cooperation of The University of Tokyo Graduate School, Center for Integrated Disaster Information Research (CIDIR). The University of Tokyo is regarded as the most respected national institution for education and research in Japan, lending great credibility to our survey and positively influencing the willingness of target companies to get involved.

Between February 4 and March 13, 2015, we sent a questionnaire to 1,825 TSE listed companies and 1,170 foreign companies based in Japan, both by post and online. Responses were obtained from 13.1% of these companies as well as 177 media reporters. The survey was targeted at crisis communications managers.

To obtain data suitable for the analysis of individual companies’ crisis management capabilities, we developed the Crisis Management Pentagon Model, based on 50 questions to rate firms in five categories: “anticipation,” “avoidance,” “damage limitation,” “relapse prevention,” and “leadership.” We also produced a simple diagnostic kit to enable firms to evaluate their own weaknesses in this area.

Due to the sensitive nature of data relating to crisis management, it was not easy to secure the cooperation of companies. To overcome this obstacle, we teamed up with the Center for Integrated Disaster Information Research (CIDIR) at The University of Tokyo which is Japan’s most respected national educational and research institute.

The impact of these findings was profound. We held seminars to discuss the results at both The University of Tokyo and the Japan Institute for Social and Economic Affairs, operated by Keidanren, the nation’s premier economic federation. Many businesses reported that our diagnostic kit and evaluation had been incredibly useful.

In all, we held six seminars with a total of 650 attendees. We garnered 15 stories regarding the survey results in several media including The Nikkei Shimbun. Mamoru Kobayakawa, emeritus professor at Hokkaido University, commented on the survey’s “significant findings,” adding: “Japan’s PR sector has never before seen an investigation of this scale into crisis management.”