Communicating: A Guide to PR in Japan As the world’s third-largest economy, Japan represents an attractive prospect to many companies seeking to expand their business overseas. But the country’s unique cultural and linguistic landscape can often mean that, in contrast to nearby business hubs like Hong Kong and Singapore, global norms of corporate communications do not necessarily apply. PR Conslting Dentsu has a long history of helping overseas-based clients to bridge this gap, and Communicating: A Guide to PR in Japan, the latest edition of our award-winning handbook, is packed with insights that make it a must-read for PR practitioners, business managers, and media studies researchers with an interest in Asia.

Compiled and edited by an international team of communications professionals, since its first publication in 1988, Communicating has consistently offered an in-depth English-language exploration of Japan’s complex communications ecosystem. In 2015, the seventh edition received the International Public Relations Association’s Golden World Award for Excellence.


Available on general release for the first time through global publishing giant Wiley, the eighth edition has been updated and expanded significantly to address recent developments, particularly in the constantly evolving field of digital and social media. There are also instructive case studies taken from the local experiences of international brands like Burberry, IBM, Jetstar Group and McDonald’s. The book is divided into three main sections.

A comprehensive overview of Japan’s media landscape, from the continuing power and influence held by the domestic mainstream media, to negotiating Japan’s arcane press club system, key features of local social media usage, and much more besides.

Part 2: Communicating with Your Stakeholders

PR in Japan
Choosing and Working with a PR Agency

Part 2: Communicating with Your Stakeholders 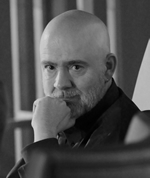 “The Japanese public relations market is unique, and can be extremely challenging for overseas companies used to a very different media relations environment. Dentsu’s Guide to PR in Japan is a unique publication, packed with useful information and great case studies, that serves as great guidebook for anyone entering the Japanese market for the first time although it also contains a ton of up-to-date and actionable information for anyone managing PR in the world’s third largest economy.” 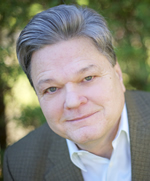 “Every marketing professional should have a copy on hand! It is bound to be an award-winning book and the subject of conversations at meetings and work.”

Editorial team of Communicating: A Guide to PR in Japan

Special thanks to Fiona Graham

Communicating: A Guide to PR in Japan is available in paperback from major bookstores across Japan, as well as Books Kinokuniya branches worldwide. It is also available as an e-book via iBooks and other major online retailers.