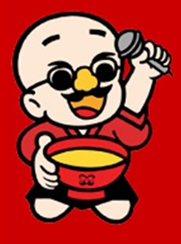 Marukome Co, a Japanese market leader in traditional miso soup, was concerned at the sharp decline in domestic consumption of this food over recent decades, especially amongst young people. To “soup up” its brand image and attract more young consumers, the company launched a campaign with a rock music theme. Central to this, its iconic mascot was given a rock-style make-over, rock music was introduced to the manufacturing process, and a food young Japanese had shunned became a social media hit. This hugely successful campaign made Marukome thoroughly “cool” and achieved new-product sales over six times higher than originally targeted.

Statement of the Problem Miso soup, that quintessential Japanese food, has seen domestic consumption slump by half over the past four decades as Japan has adopted more Western dietary habits. For market leader Marukome Co, a dominant name in the miso business for 160 years, this was an alarming trend. Especially worrying, the market segment leading the sales retreat were young consumers, many of whom regarded miso soup as something “old and stale that doesn’t change.” In parallel, its association with this unexciting product meant Marukome’s efforts to recruit the best and brightest graduates from Japan’s universities had stalled due in part to its “uncool” brand image. With Dentsu and PR Consulting Dentsu’ support, the company mounted a bold rebranding campaign for miso soup – and risky too because it threatened alienating senior customers who had supported consumption until now – to target a more youthful demographic. Driving the campaign would be the pulse of youth culture: rock.

The most recent Family Income and Expenditure Survey data from the Ministry of Internal Affairs and Communications show that by 2011, miso consumption had fallen to 2,016 grams per capita per year from 3,928 grams/year in 1971 – a decline of 48%.

The campaign hoped to encourage young people in the 10-29 age bracket to regard miso soup as much a part of their lives and lifestyle as the music they listen to. This so-called “Millennial Generation” had the lowest prevalence to consume miso soup and thus held the most potential for growth. This is also the age group most attuned to rock music and active on social media. By associating Marukome with rock, and making the brand “cool” again, the firm hoped that these Millennials would embrace the company’s product and boost sales to this age group, plus generate comment and exposure on mainstream, online and social media. A higher profile and a younger, more dynamic image should also overcome the difficulties that Marukome’s recruiters had been facing in their attempts to attract a new generation of employees.

The agencies proposed a multi-faceted campaign based around a rock music theme. In a perfect tie-up opportunity, a Japanese rock band had already adopted the name “Miso-shiru’s” (meaning The Miso Soups), and its members had a very distinctive appearance, donning trademark Groucho Marx novelty glasses – thick-rimmed spectacles attached to a fake bushy moustache – to disguise themselves. Thus, the campaign’s first step was to give the company’s well known mascot – the chubby-cheeked apprentice monk ‘Marukome-kun’ who features prominently on its packaging and marketing – a major makeover in the style of the band. Just as drastic for an industry so steeped in Japanese tradition, Marukome would introduce a new production step to manufacturing at its Nagano factory, creating a new miso taste by stimulating the bacteria with rock music during the fermentation process, just as home owners sometimes play music to plants to encourage growth. In tandem, Marukome would become more visible at venues popular with young patrons – by hosting a stand at a rock festival, for example – to directly connect with the target audience, hear the opinions of ‘rock kids’ and to reflect their views in product development. To complete the rock theme, a download card containing rock music would be included on the product package so that consumers could rock out while enjoying their miso soup.

The campaign was launched in September 2014 after six months of preparation and immediately captured public attention following the bold transformation of Marukome-kun, the face of the brand since the 1950s. Now kitted out with Miso-shiru’s distinctive disguise and holding a microphone, this sweet monk became a rock star! Marukome-kun was the face of the campaign as he posed from banners, posters, T-shirts and from the side of a delivery truck. Even the President of Marukome got it on the act by being photographed wearing a pair of Groucho glasses for the campaign launch press release! At the same time, an innovative promotional video was released and uploaded on YouTube, showing miso at the company’s factory ‘listening’ to rock music played by Miso-shiru’s.

Shortly after the campaign launch, a special stand was set up at a rock festival attended by thousands of teenagers and students. In addition to selling tasty bowls of Tonjiru Udon (noodles in pork miso soup), three different varieties of miso soup were offered free for concert-goers to taste, and a vote was held to determine the most popular variety. Voting could be done on-site or online, and the results of the public choice (the red miso) contributed towards the development of the new product, Miso bathed in rock music, that was released in January. To coincide with the new variety’s release, a temporary “pop-up” store opened in Harajuku, Japan’s fashion capital and a magnet for young people. Here, customers were asked to compare the taste of the old Marukome miso soup with the new “rock” version. Even the revised product ingredients were given a rock twist, as the new calorie count totaled 69 kilocalories (coincidentally “ro-ku”, in Japanese).

The miso soup variety ‘bathed’ in rock sold out in no time on Japan’s premier e-commerce site Rakuten. In parallel, with Japanese convenience store chains firmly entrenched in young people’s lives, several of these chains, namely FamilyMart, Daily Yamazaki and Y Shop, carried the product. Sales reached approximately 22.8 million yen ($190,000) – more than six times the original goal. This figure was especially impressive considering a tub of miso generally sells for just a few dollars. Exposure was achieved via over 460 media outlets (699,427,982 impressions) while on SNS, there were 75,886 campaign-related posts with a total of 60 million-plus followers. Recruitment page users also increased by 191% year-on-year. Interviewed by the Huffington Post Japan, Marukome Co’s PR Manager Keigo Kitazawa commented: “Never have things been so exciting in Marukome’s 160 year history. We’ve created collaborations with young people through miso soup, and we now have a form of communication you couldn’t create in a supermarket.”