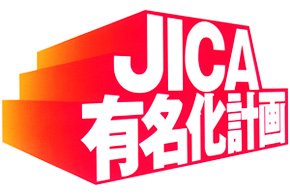 JICA was among 105 quasi-government organizations including institutions and special corporations targeted for Independent Administrative Institution status under the Koizumi government’s program of administrative reforms. The status change was deemed necessary to improve the organizations’ efficiency, replacing the virtually assured annual budget disbursements with rigorous target-setting, project evaluation and transparency.

JICA, like many of its counterparts, had never needed to promote its activities widely nor court public opinion. Yet in now the agency found itself forced to convey information about itself or put its continued survival at risk.

With programs in more than 150 countries, an annual budget of over $1.2 billion, and the responsibility of supervising nearly 30,000 training experts, study team members and volunteers worldwide, JICA was facing the greatest test in its 50-year history.
PR Consulting Dentsu’ experience with risk management had first attracted JICA’s attention but the organization’s urgent request was for a program to make Japanese citizens more aware of JICA and to correctly evaluate the agency’s worth.

The program was launched with the first 17 months allocated for thorough research of both JICA’s internal and external images. The research consisted of in-depth surveys first of the general public’s image of JICA, followed by some focused on existing employees at all levels in the organization, and other persons formerly associated with JICA.

The research found that only 28% of Japanese recognized the JICA name and only 5% knew the organization’s role.

Second stage:Inside looking out
Conducted surveys including those with former staffers to determine how JICA was viewed “from the inside”
March 2002: Presentation for employees of survey results

Third stage:Organizational Audit
Conducted research including case studies of related organizations and internal audits to determine PR strategies leading up to the change of status

After analyzing the gap between how JICA was perceived externally and how the organization saw itself, we developed and implemented several public relations strategies. Among these were: