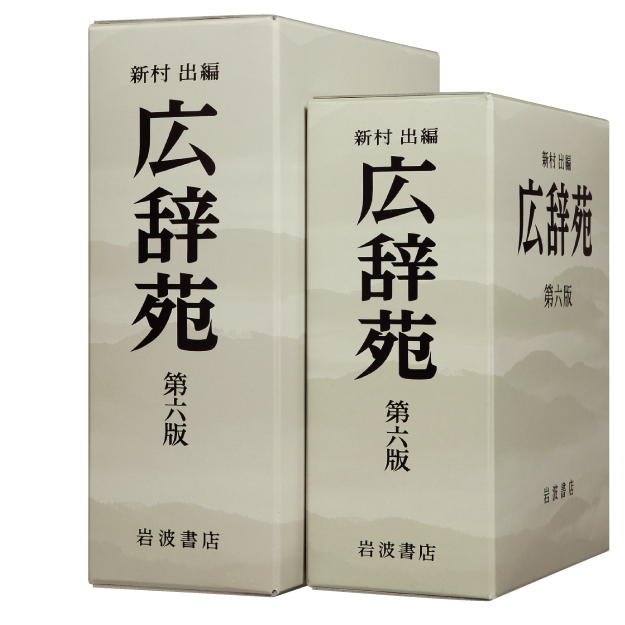 In December 2006, Iwanami Shoten, Publishers, one of Japan’s largest publishers, asked PR Consulting Dentsu to support the January 2008 launch of the sixth edition of their flagship ‘Comprehensive Dictionary of the Japanese Language’ (Kojien).

The campaign helped Iwanami exceed its first year Kojien sales target in just two months and reinforced the idea of it as approachable, trendy and innovative.

In January 2008, publishing giant Iwanami would release a newly revised edition of Kojien for the first time in ten years, even though annual sales of competing paper-based dictionaries were down to between 130,000 and 140,000 copies, or less than 15% of peak figures. The publishers knew the iconic Japanese dictionary was not immune from the tough competition all paper-based dictionaries face from electronic and online dictionaries. Iwanami’s first year sales target of 300,000 copies seemed an unattainable goal, as the previous edition had sold 1,000,000 copies over the previous decade.

The objective was to attract new buyers, and also to raise interest in paper-based dictionaries among consumers in their 30’s and 40’s accustomed to electronic and online dictionaries. Meanwhile, bookstores asked the publisher for ongoing buzz to help boost sales.

For six months prior to the campaign launch, PRCD collected domestic and international research such as the PISA results, which showed how much Japanese students’ language competence had deteriorated. Between August and September 2007, two academic researchers and four local educational authorities were approached to provide statistical and anecdotal evidence. From late September to October 2007, PRCD conducted a survey asking teachers about the deteriorating language ability of children, a point they frequently cite. Responses from teachers were used as original Iwanami data which gave it credibility.

The promotional campaign’s broad theme was education. The message–that the language level of Japanese children had deteriorated–targeted men and women in their 30’s and 40’s, the group most likely to have children. This was to generate awareness among parents in this age group that their children need language help. The campaign also targeted elementary school-aged first-time users of dictionaries to create a buzz about Kojien. The aim was to achieve a WOM effect among school friends and families, linked with PR activities targeting traditional and online media to spread information on a wider level.

The campaign recruited Principal Keisuke Fukaya of Kyoto’s respected Ritsumeikan Primary School and then-member of the government’s Education Rebuilding Council. He is an advocate of a language learning method based on the active use of dictionaries. The PR team pitched his method to the media and persuaded parents to purchase Kojien.

Compiled a list of educational institutions as candidates for information sources. Selected Fukaya as the main influencer and held seminars for bookstores around Japan where he reiterated the importance of dictionaries for a child’s language ability. This convinced bookstores about the attention being paid to dictionaries. At bookstores, Fukaya’s book, Nanasai Kara Jishowo Hite Atamawo Kitaeru (Mental Exercises Using a Dictionary from Age Seven) was placed next to Kojien to raise interest among potential buyers.

Held a press conference in October 2007 to announce the launch of the sixth edition of Kojien and presented data indicating deteriorating language ability in Japan with the attendance of Fukaya as a key speaker. Distributed various types of information to convey Kojien as the “people’s dictionary” and raise levels of unaided recall. These included facts such as its 11 million total sales, media quotations, the history and other trivia that can be expected to come up in conversation among the general public. Advised the client to create 20 posters that together made up a larger 14.5-meter wide poster featuring all 230,000 words from 3,300 pages of the previous edition. These were placed in JR Shinjuku station, the busiest station in Japan, so that commuters could experience the volume of the contents. The agency’s idea was implemented by the client and covered by the media, further enhancing buzz. h as newly added words, IT and meteorological terminology and dialects to maintain momentum.

– Launched a line of T-shirts with UNIQLO, the innovative clothing brand, to position Kojien as cool and fashionable. Raised awareness among shoppers by displaying actual Kojien dictionaries in stores.

– Provided regular updates on sales figures to bookstores after the launch to show the success of the campaign. This led bookstores to spotlight Kojien for a longer period of time.

– Tied-up with 334 cafes in four major regions of Japan to target the younger generation, and distributed paper coasters on which the definition of “café” from Kojien was printed. UNIQLO T-shirts, posters and POP displays were also displayed inside these cafes.

Sales for the first year totaled 360,000 units, easily exceeding the 300,000 target, with a sales figure of 3.6 billion yen ($36 million), exceeding the domestic sales of the popular Norwegian Wood by Haruki Murakami (3.2 billion yen). While the entire publishing industry continued its steady decline, only the market for dictionaries exceeded sales from the previous year (303% in the month Kojien was launched according to the Japan’s largest publication distributor, Nippan). Indeed, Kojien was hailed as a savior of the industry. Additionally, Kojien reached the top spot in Books Kinokuniya’s (a Japanese bookstore chain often quoted for book sales rankings) sales chart for the week of January 7, 2008.

1.Kojien is the dictionary featured in most electronic dictionaries

2.Kojien was purchased by a large number of homemakers in their 30’s and 40’s, a group that previously had very little impact on sales. This created an entirely new generation of potential users.

This campaign also improved the image of Kojien, previously thought to be a conservative dictionary. After the campaign, 37.4% responded that the brand is approachable (up from 15.3%), 21.7% described it as trendy (up from 5.3%), and 16.4% believed it innovative (up from 0.8%).