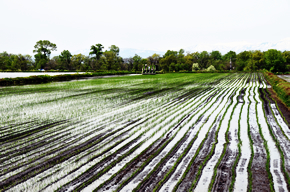 For years, Japanese always rated rice from Niigata as their most preferred over that from Hokkaido, Japan’s northernmost island. New strains and better quality did little to boost Hokkaido rice’s popularity. Also, Hokkaido farmers faced financial difficulty because it commanded no price premium. In October 2005, the Hokkaido Rice Promotion Committee approached Dentsu Public Relations (Dentsu PR) to promote their product. The four-year campaign made Hokkaido rice amongst Japan’s most popular. National airlines served it to first class passengers. Most importantly, the market price for Hokkaido’s Yumepirika, debuted in 2009 surpassed the leading brand from Niigata, Koshihikari.

Statement of the Problem/Opportunity

Traditionally, producing rice in Hokkaido was difficult because of the island’s long, cold winters. However, in 1980 after many years in development, the delicious Kirara 397 variety which is resistant to the cold climate was born. Hokkaido eventually became Japan’s leading rice producing prefecture, topping rival Niigata. Its rice brands such as Nanatsuboshi and Hoshi No Yume won Hokkaido rice an A rank (second out of five) from the Japan Grain Inspection Association in 2004. And yet wholesale prices of Hokkaido rice remained low. That year the price of Japan’s leading rice brand, Niigata’s Koshihikari, was 19,138 yen per 60 kilogram while Akita prefecture’s Akitakomachiwent for 15,646 yen. Yet Hokkaido’s Kirara 397 only managed 12,888 yen, a price that could not even recoup farmers’ production costs.

In October 2005, the Hokkaido Rice Promotion Committee approached Dentsu PR to improve the situation for the prefecture’s rice farmers and to build Hokkaido’s image as the origin of Japan’s best rice. By lauding the attributes of each rice variety to boost the overall brand, the goal was to ensure that Hokkaido rice could enjoy an appropriate retail price based on its high quality.

Strategy
To convey the great taste of Hokkaido rice to consumers and distributors, the agency proposed a project to reach consumers’ minds, hearts and taste buds.
It proposed conducting a collaborative survey with highly reputable Hokkaido University to create objective data about the taste of Hokkaido rice. Food-product tasting surveys usually involve a panel of around 40 people. However, to ensure that the survey results were thoroughly robust, the agency decided to recruit 300 tasters in Tokyo.
Key messages
The agency focused on three key messages to reach the minds, hearts and taste buds of target consumers and distributors, namely:
Key Opinion Leaders (KOLs)
The agency utilized KOLs such as Associate Professor Shuzo Kawamura of Hokkaido University’s Faculty of Agriculture, to convey the key messages objectively.
Target
The target was consumers and distributors, chiefly house wives in Tokyo.

Back to Our Work

The Related Area of Expertise